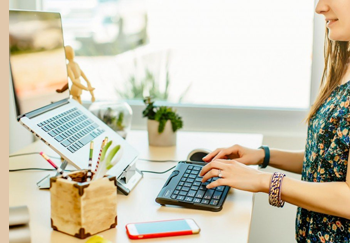 Want to know why your RRF was rescinded? Let’s take a deeper look at what’s going on here.

The Restaurant Revitalization Fund was considered a lifeline, as it funded restaurants with $28.6 billion for relief from the COVID-19 pandemic. Unlike the infamous PPP loans, this money would be distributed as grants rather than loans. Another benefit to it was that the restaurant owners would not be required to repay it if it was spent before March 2023.

The RFF served as a promising program for desperate restaurateurs, however, the program ended on June 30 due to a lack of funding. It left a trail of disappointed, confused, and outraged restaurant owners uncertain what to do about it.

Restaurants and bars were among the worst-affected businesses during the epidemic, with many forced to shut down for months or even permanently. They were one of two industries for which Congress established specific relief funds. Thousands of grants have been rescinded and thousands more blocked due to delays and difficulties in the last weeks. As the remaining money diminished, applicants awaiting judgments became increasingly desperate.

Was the RRF prioritized for only certain individuals?

Originally, the SBA stated that when applications for the RRF opened, women, military federals, and socially and economically disadvantaged groups would be prioritized. The RRF distributed 27.4 billion out of of 28.6 billion to roughly 100,000 applicants, meaning that money ran out quickly.

Is the SBA actively distributing funds to the people that have been prioritized? No, The SBA keeps these awards from the prioritized individuals who have been approved. Their applications are also being rescinded. We don’t have an exact number of owners who have had their awards rescinded, but it’s in the thousands.

“News that the SBA is yet again rescinding pledged grants is a blow to the small business owners who were already planning how the funds could help stabilize their businesses,” Sean Kennedy, executive vice president for public affairs at the NRA, said in an emailed statement.

Why was you RRF rescinded?

The fact is that, while $28.6 billion is a huge amount of money, it would never be enough. Around 105,000 businesses received grants, with a total of 368,000 businesses applying for funding. The total bill would’ve exceeded $75 billion if they’d all gotten in, which is why things didn’t go as planned.

The SBA, which oversees the awards, has been silent on why the operators’ guaranteed funding has been rescinded.

“For 100,000 restaurants, the RRF has made their future clear and stable, but for the more than 200,000 operators’ shutout of funding, receiving this letter today only heightens their fear and anger,” Sean Kennedy, executive vice president of public affairs at the Association, said in a statement.

What do you think will happen now that the RRF applications are being rescinded?

Let’s share this article and raise awareness of what’s actually going on!

What happens when banks reverse course on our PPP loans?

How to request for PPP forgiveness and the steps involved!